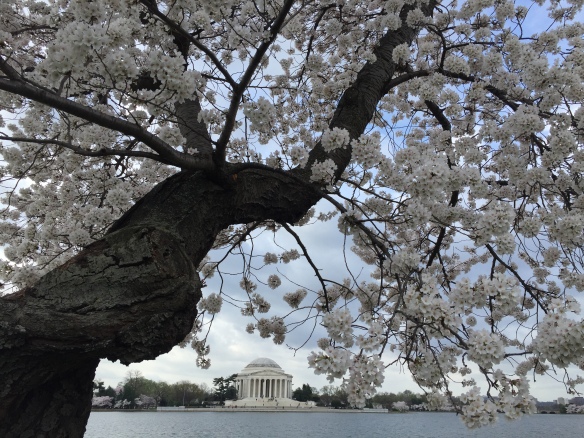 As I was traveling out west and various other places this summer on my 50 state adventure, I noticed that when it would come up that I live in DC, I would get one of a few different reactions.  One: the look of disgust and assumption that I worked in politics (aka was part of “the swamp” that needed “draining”).  Two: shock that I lived in the city.  You know, where there are people that don’t look like me.  Three:  the ever-classic, DC’s part of Maryland, right?   Kind readers and countrymen, I’m here with a listicle to help clear up a few things about this place!

Let’s start with the basics: DC is not a state.  If you count it for your 50 state marathon goal, you’ve made a terrible mistake.  There is, however, a campaign for DC statehood because, as discussed below, DC doesn’t have the rights or privileges of a state.  But that probably won’t happen because 50 sounds a lot prettier than 51.  And, you know, politics.

(2) Relatedly, DC is not part of Maryland or Virginia.

A top question when we tell people we’re from DC: is that part of Maryland, or Virginia? Answer: Neither!  DC is its own thing — a federal district.  So, not a state, but also not part of a state.  The signing of the Residence Act on July 16, 1790, approved the creation of a capital district to be the permanent seat of government, not more than 10 miles square (so up to 10X10 miles).  The site along the Potomac (puh-toe-mick, accent on the toe) River was selected by President George Washington.  The land to create DC came mostly from Maryland, a little bit from Virginia. It’s nestled in between the two like this:

Folks that live in DC pay federal income tax, just like the rest of you.  We also pay DC income taxes, taxes on our property, and sales taxes on things we buy, and those amounts go to the city government.

So we pay taxes just like you, but what about our representation in Congress?  If you live in one of the 50 states, you elect a representative to the House of Representatives every two years.  This person represents your little congressional district.  You also elect two senators to the Senate, who represent the interests of your state.  Despite having a population larger than some states (namely, Wyoming and Vermont), DC has neither voting representatives in the House, nor voting senators in the Senate.  We elect a “delegate” and two “shadow senators” who can hang out on the Hill but who have no vote.  In other words, a lot of people think of “Washington” (dripping with disdain) as the 535 members of Congress, but none of those people are actually DC residents, and none represent the interests of DC residents.

Let’s just cover a few other related FAQs while we are at it… No, you don’t need a passport to come here — it’s not a foreign country. Yes, we are residents of the United States. Yes, we have DC drivers’ licenses.  Yes, they count as IDs to get on a plane, in a bar, etc.  We have DC license plates, too. They say “No Taxation Without Representation.”  Thanks to the 23rd Amendment, as of 1961, we have 3 electoral college votes that count in the presidential election.  Before that?  Not so much.  No, contrary to some claims I’ve heard lately, we do not get in-state tuition at every states’ public colleges.

And, like, who runs the city?  Before 1973, the federal government actually  ran the city, or appointed the folks who ran the city.  Then DC  got “home rule,” which first allowed for the establishment of a local government elected by the people.  (Pretty crazy, huh?)  Now, many local issues are handled by our elected mayor and city council, but some powers are still held by Congress.  For instance, Congress can prohibit the District government from spending funds to implement laws passed by the city council.

Every non-DC person has an idea of what DC is. They think of the Mall they visited on a school trip to the monuments and museums. They think of Dupont Circle where they partied in 2002. They think of Georgetown where they went shopping among hordes of other visitors blocking the. Entire. Sidewalk.  They’ve heard that they shouldn’t venture out of the northwest quadrant of the city or will likely be shot.  They’ve watched House of Cards and know all about the Hill.

DC is 68 square miles… so, there’s a lot more to DC than you could possibly see in one trip.  Mainly a lot more housing, inhabited by real humans.  Some neighborhoods are sleepy and family-oriented, some are vibrant and loud, most are safer than you’ve heard, many have a rich history and culture, most are in transition.  In fact, about 660,000 real lives are being lived across the city today — not just in the few neighborhoods historically utilized by tourists and DC’s professional class.  (I could do a whole post about some of the coolest things going on in DC besides Senate hearings, but this post isn’t that post.)

(7) No, not everyone in DC works for the government.

A good number of DC residents work for the federal government.  Let’s be clear about who these folks are: the aide that answers the phone when you call your congressman for help with your missing Social Security checks, tech geeks that help agencies be more transparent through the use of websites, lawyers that investigate and prosecute fraudsters, and scientists that review the efficacy of the drugs that save our lives. They negotiate our treaties, develop the weapons and defense system to keep us safe from terrorism, and help distribute aid to foreign countries during emergencies.  Also Supreme Court justices.  All in, about a third of the DC workforce works for the local or federal government.

But most of us?  We are teachers and pastors and dog-walkers and secretaries and lawyers and restaurant servers and accountants and stay at home parents and professors and participants in multi-level marketing schemes and small business owners and hairstylists and journalists and venture capitalists and nurses and personal trainers and engineers and bartenders and police officers.  You know, like regular Americans…

There are a lot of special things about DC (again, that would be another post), but believe it or not we’re a lot like the rest of America… We eat at restaurants. Even ones that aren’t smoke-filled steakhouses.  We run.  We play video games.  We have dogs.  We want less crime in our neighborhoods.   We shop at Safeway, or if we’re lucky, Trader Joe’s.  We wish we had a Wegman’s.   We think going to the DMV is a huge hassle. We love football, and we get upset when our team loses.  We like trees and sunshine.  We think Uber is genius.  We buy booze and meat in bulk at Costco. (Well, I don’t, but other people do.)  We set off fireworks on the Fourth of July – some legally, some not so much.  We will pay a premium for crappy food along a waterfront, or at least judge our friends for doing so.  We debate the value of leggings.  We spend too much money on random stuff when we go to Target.  We think licorice jelly beans are disgusting.  We have college debt.  We didn’t graduate from college.  We think SoulCycle is overpriced and overrated.  We listen to country music. Sometimes even bluegrass.  We love Christmas, and we decorate for it too early.  We want our kids to go to good schools.  We want change.  We worry about change.  We are proud of our home.

6 thoughts on “Top 8 Washington, DC Fun Facts for the Rest of America”